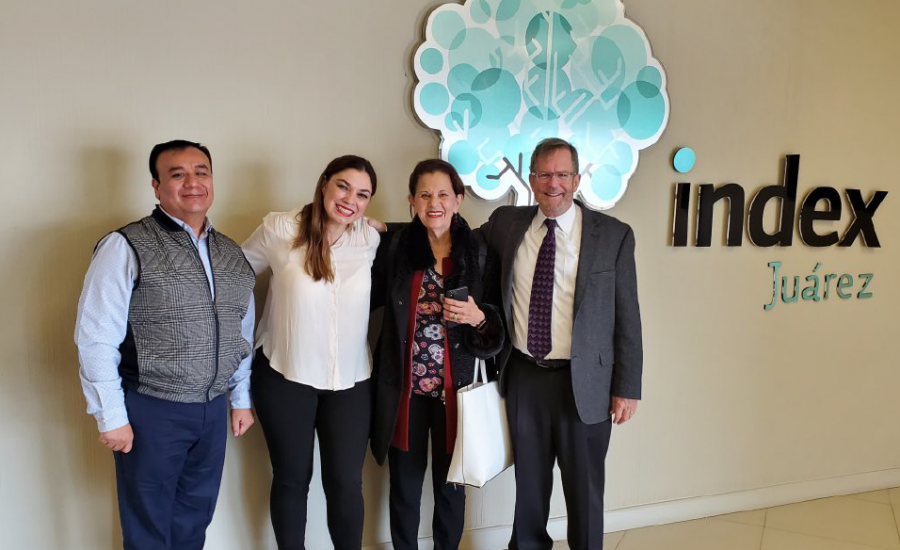 On November 4, Global Care Experts presented the advantages of workplace-focused crisis response and counseling services to about 100HR representatives of area employers and members of Index Juárez Maquiladora Association. The timing of the presentation was prompted by recognized needs of this community, as well as recent federal legislation (NOM-035) requiring employers in Mexico to identify trauma and psycho/social risks within their companies. Pictured above is Index Juárez Executive Director, Martin Flores, along with presenter Dr. Sandra Sanjenis of EAP LatinA, Cecilia Levine, President of MFI International, and David Levine(sin relación) from Global Care Experts.

Given the many challenges in Ciudad Juárez, Tijuana, Matamoros, and other US-Mexico border towns, the time has come to increase the support employees face in response to trauma, increased family violence, and stress and other challenges faced by workforces in Mexico and around the world. The NOM-035 regulations will help quantify traumatic experiences and psycho/social risks, and workplace-based employee can address many of the identified risks.

Count On It—quantifying our compassion

Global Care Experts delivers multi-language counseling and wellness services in response to crises and people challenges that impact the health and success of multinational employers and insurance companies.